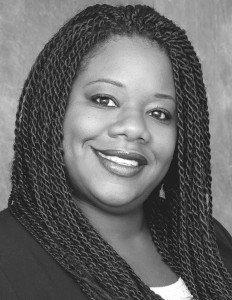 Karma Cottman, pronouns she, her, hers, serves Ujima Inc.: The National Center on Violence Against Women in the Black Community as Executive Director. In addition to leading the team, Karma’s responsibilities include engaging in discussions with other programs, legislative officials and state and local government agencies. She works to change legislation and laws as they relate to domestic violence and the black community.

Before joining Ujima, Inc., Karma led the DC Coalition Against Domestic Violence as Executive Director for a decade, and prior to that, served the National Network to End Domestic Violence (NNEDV), for a decade. As the Vice President of Policy and Emerging Issues, she directed the agency’s policy agenda and supervised NNEDV’s state coalition and housing technical assistance projects. Karma also worked closely with national policy partners to strengthen federal legislation to effectively respond to the needs of all survivors of domestic violence.

Karma, a Washington, DC native, has worked with numerous national partners to address emerging issues in domestic violence service provision and sits on several national committees. She also served as the co-director of the Florida Coalition Against Domestic Violence Rural Diversity Initiative where she assisted with the development of a community assessment tool used to identify service gaps in numerous local Florida communities. Karma currently serves on the steering committee of the Institute on Domestic Violence in the African Community and the Policy Partnership for Communities of Color. Karma enjoys spending time with family and friends and also reading. 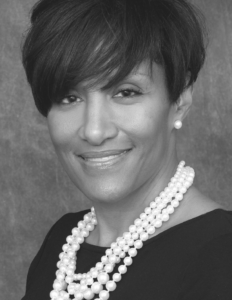 Gretta Gardner, pronouns she, her, hers, serves Ujima Inc.: The National Center on Violence Against Women in the Black Community as Deputy Director.  Gretta is primarily responsible for managing operations and staff; engaging in state, local, and federal policy discussions impacting Black survivors of gender-based violence; and conducting training and technical assistance on bias in the civil and criminal legal systems.

Prior to joining the Ujima, Inc., Gretta was the Family Violence Director for Travis County Justice Planning in (Austin, TX, where she developed a protocol for the surrender of firearms for offenders; created a supervised visitation and safe exchange center; and designed a prostitution diversion court. Gretta sits on the Board of Trustees for Garrison Forest School; is licensed in DC, MD, TX, and SCOTUS; is a certified mediator, and belongs to a multitude of national committees that address violence against women and children.

Gretta’s passion is propelled by her desire to assure that survivors have access to all remedies to live free from violence. She has a BA in Psychology from Vassar and JD from the University of Maryland. She is the proud mom of two boys who love basketball and make a lot of noise. 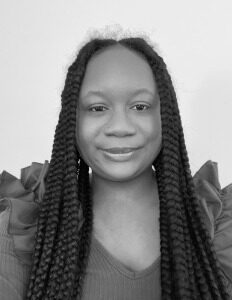 Sahidah Briggs, pronouns she, her, hers, is the Executive Assistant for Ujima Inc.: The National Center on Violence Against Women in the Black Community. In addition to providing administrative support to the Executive Director, she assists with the programmatic goals of the team which include planning, developing, and implementing listening sessions, resources, and materials. She also supports training and technical assistance, and manages social media, events, and provides administrative support to the historically black colleges and universities (HBCU) project.

Prior to working at Ujima, she majored in communications, law, economics, and government at American University in Washington, DC. She brings with her the knowledge she gained via her internship experience on the Hill and applies her expertise to building an organizational understanding of the dynamics of dating violence among teens and youth. 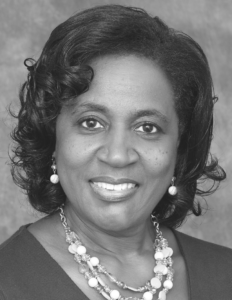 Jennifer is the Financial and Operations Director at the DC Coalition Against Domestic Violence since 2007. As Director, she is responsible for the overall management and operations of the finance, accounting, and administrative functions of the Coalition; including planning and budgeting, audit and internal controls, financial report preparation, and general controllership. With 30 years of experience, she has devoted the last fifteen years to working with non-profit organizations. 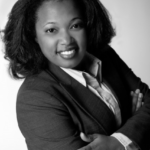 Megan Simmons, pronouns she, her, hers, serves Ujima Inc.: The National Center on Violence Against Women in the Black Community as the Senior Policy Attorney. Megan is primarily responsible for policy education and outreach. Her other duties include external affairs strategy, educating public officials on germane and tangential policy issues, and cultivating local, state, and national alliances for further policy.

Before joining Ujima Inc., Megan conducted investigations into allegations of sexual misconduct at institutions of higher education. She also developed Title IX and ADA policy and procedure as part of her duties. She is a former Federal Agent with the Naval Criminal Investigative Service. For several years, she investigated allegations of sexual assault asserted against Navy personnel and assets. Megan was collaterally tasked with representing law enforcement on various committees tasked with holistic approaches to combating violence against women attached to the Navy.

Megan brings to this role her mission to make life more equitable for Black women and girls, in economics, maternal health, and education. She earned a bachelor’s degree in Political Science, a master’s degree in Public Administration, and a Juris Doctor. She enjoys recipe writing, travel, and history in her free time. 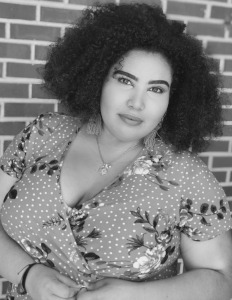 Ana Sanz Saumeth, pronouns she, her, hers or they, them, theirs, serves Ujima Inc.: The National Center on Violence Against Women in the Black Community as) serves as the HBCU. In this position, she is a Culturally Specific Technical Assistance Provider for the Campus Technical Assistance and Resources Project that is housed within Office on Violence Against Women (OVW). Serving on projects ranging from prevention efforts to victim services.

Prior to joining the Ujima, Inc., Ana led different student organizers across the nation in actions involving anti-sexual violence advocacy work, while encouraging them to be involved at a national level as well as on their campuses and in their local communities. She also advocated much of this as an educator in Miami-Dade county’s public school system where she empowered her students to deconstruct systems of oppression through their own dialogue and lived experiences.

As an undergraduate, Ana attended Florida A&M University, where she began to feel empowered through her intersectional identity as a first generation, queer, non-binary, afro-latinx femme. She became passionately involved with campus policy and state reform in regard to racial justice, LGBTQIA+ rights, and reproductive health justice through communal work from local grassroots organizations to nationally recognized non-profits. She later went on to receive her master’s at Florida International University where she continued to engage in advocacy work through accessible exhibition work that focused on underrepresented identities. Ana enjoys discussing art history, creating art, and experiencing and empowering black joy. 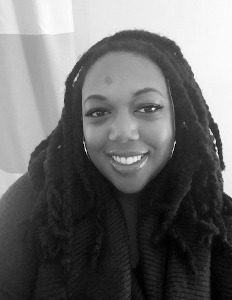 Ayana Wallace, pronouns she, her, hers, serves Ujima, Inc.: The National Center on Violence Against Women in the Black Community as the Training Specialist. She is primarily responsible for providing national training and technical assistance to service providers and the community at-large, that centers the needs, voices, intersections, and realities of Black women and girls.

Before joining Ujima, Inc, she served as a client case coordinator providing direct services and support to survivors seeking emergency shelter. She has been instrumental in the national implementation of the Lethality Assessment Program—Maryland Model (LAP) and has served as the lead trainer for the Maryland Network Against Domestic Violence (MNADV), the state coalition in Maryland. She has worked for over a decade in the domestic violence field providing both direct service to survivors and technical assistance to advocates, law enforcement, community-based partners, and faith communities.

Ayana is passionate about and has extensively studied the theory and everyday implications of privilege, oppression, and intersectionality. She holds a master’s in Women’s and Gender Studies with a focus on violence in communities of color, specifically intimate partner violence (IPV), sexual violence, and institutional violence. She is a writer, poet, animal advocate, and mom of two fur-babies. 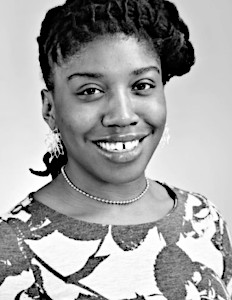 Victoria Reaves, pronouns she, her, hers, serves Ujima, Inc.: The National Center on Violence Against Women in the Black Community as the Program Specialist. She is primarily responsible for providing national training and technical assistance to service providers and the community at-large, that centers the needs, voices, intersections, and realities of Black women and girls.

Before joining Ujima, Inc, she served as a family violence services coordinator for the Texas Council on Family Violence providing technical assistance and responding to regional and statewide program needs through resource development and signature trainings. She was also responsible for auditing and assessing Batterer Intervention Programs for compliance and offender accountability. Through these findings she organized Tools for Transformation, the agencies largest batterer intervention and prevention conference where power, privilege, and oppression were highlighted to address how societies systems influence violence against women.

Victoria is dedicated to educating the community on Black women’s experience with violence and how abusive behavior may be influenced by the chronic experiences of racism, and the social contexts in which they live. She completed her undergraduate studies at Bowie State University in Sociology. She is a mother to a beautiful daughter and enjoys spending time with family, traveling, and shopping.