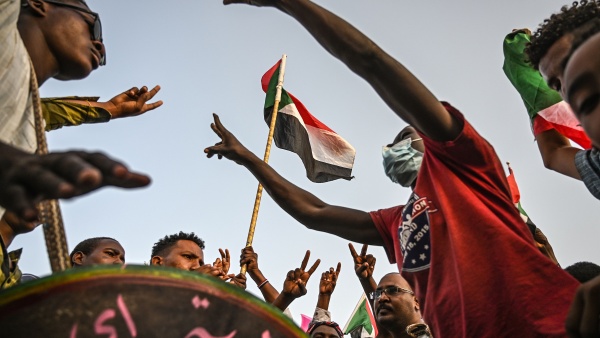 On June 3, military opened fire on pro-democracy protesters during their sit-in in Khartoum. Protestors called for a civilian-run government to ensure a fair election after Omar Al-Bashir, former president of Sudan, was overthrown. The seven-member Transitional Military Council (TMC), along with the Rapid Support Forces (RSF) assumed power. The military agreed on a 3-year transition period but reneged on the agreement when they opened fire and announced that elections would be held within nine months. Civilians reported over 100 people dead. In addition to the attacks, there were reports of rapes of both women and men by the military, and shutdown of Internet access, which led to further protest strikes in the streets. SPA called for “complete civil disobedience and open political strike.” According to an article by the International Crisis Group, The African Union’s Peace and Security Council suspended Sudan’s African Union (AU) membership until authorities put a civilian administration in place. After a month since the attack that took place on June 3, protest leaders decided to halt protest strikes for 72 hours in order to meet with the military to discuss elections. The conflict is over Sudan’s post-revolution government.

The new agreement was mediated by the African Union and Ethiopia. Diplomats from the United States, Britain, Saudi Arabia and the United Arab Emirates were present. During the aftermath of the attack, Saudi and Emirati officials openly supported the actions of the military, while U.S. and British officials openly supported protestors. The New York Times reported that during their meeting they agreed on a power-sharing deal to share the sovereign council for a period of at least three years. The ruling council will have five civilians and five military leaders and an 11th member they both agree on. An army general will run Sudan for the first 21 months of the transition and civilians will run Sudan for the next 18 months that follow. They have also agreed on a civilian-ran government under the leadership of a prime minister. Both sides also agreed to a national independent investigation into the killings of protestors by the military. Details of the deal are still being finalized. Meanwhile, the military has freed rebel fighters who were arrested for opposition.

Last month celebrities and social media influencers used their platforms to raise awareness about the Sudan crisis. #BlueForSudan began trending on all major social media platforms and turned their avatars on social media blue in honor of Mohamed Mattar who was killed by the military during the protest. At the time of his death, Mattar’s profile avatar was the blue image being used in the online movement. In addition to raising awareness on social media, individuals who would like to support the people of Sudan should reach out to their member of Congress or text them (RESIST to 50409) using ResistBot and let them know that you support helping the people of Sudan. Other ways you can help, donating to UNICEF or other organizations whose mission is to support the country and amplify the voice of the people. There are also local Facebook groups and GoFundMe opportunities that are raising funds for food and medical aid.